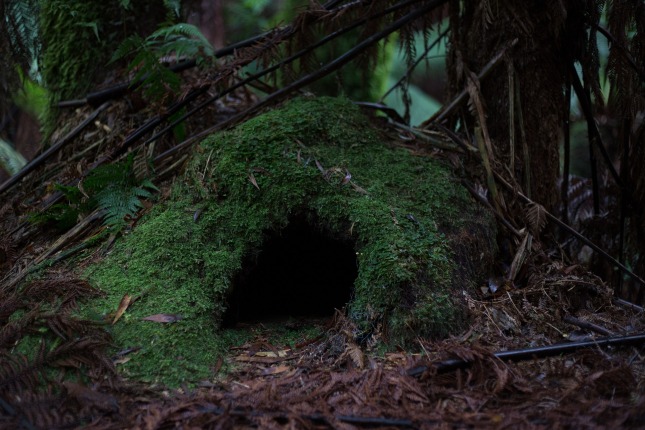 Wesley’s fitapp screeched concern over his elevated heartrate. Muffling didn’t stop it, and though he tugged, its clasp held. He slammed his wrist against the stone until it silenced. Darkness embraced him as he scrambled deeper into the tunnel. A woman sang into his hiding place. “You’re being silly. Are you a man or a rabbit?” Her footfalls crunched dried leaves. He wriggled against stone, held his breath, and squeezed his eyes shut. The leathery feel of her kiss lingered, dry as a corpse, deadly as the viper she revealed within. He trembled. “I’m no rabbit, but you’re a snake.”

Upstream, we’ve got unicorns. Downstream, we’ve got problems. Our kids swim in the river, don’t they? The pride of the village, kicking, ducking, diving. But magic rubs off: all that splashing about upstream. By the time the water reaches us, it’s brim-full of magic. Our boys start rubbing their foreheads, like there’s something missing, and eye the girls, as if maybe they want to be tamed. So we make sure all the kids wear wetsuits. Trouble is, now we’ve got seals and otters in the mix, eyeing the kids. Would it work if we got the unicorns to wear wetsuits?

Sunshine in my face. Crystal clear water splashing across feet. A beautiful face staring back at me. The next day, afternoon tea in a beautiful hotel. Gorgeous lighting, delectable desserts. Bubbles. This is the life. Next, a birthday banner. Friends everywhere singing Happy Birthday. Presents and drinking games and laughter. The next morning, breakfast in bed, pancakes. They look delicious. Can almost smell them. Enough. Close the phone. No more Snapchat. I don’t know them; I shouldn’t look. I’ll just head out for a new carton of milk. I can never seem to finish one before it turns.

The man takes a seat that isn’t his. He reads a paper borrowed from the lady next to him. He’s pleased when she says she doesn’t mind him completing her crossword. Her crossword. He’s on the last clue when the train pauses. A short pause, announces the guard. The man borrows her mobile phone. No battery left, he tells his fellow passenger. He makes the call. They’re in the quiet carriage. She buys him coffee. I’ve no cash. Only a card, he says. Which he’d rather not use if it’s okay by her. Politeness, it seems, will get you everywhere.

He stands by the desk in the study. Drops his head and cannot find his glasses. Wanders into the kitchen. Follows the curve of the worktop. Passes coffee-stained cups and a stack of dirty dishes. Walks into the living room. Pulls the cushions off the couch. Leaves them littered. Plods down the hall. Pushes on the bathroom door. Picks up the toothpaste tube from beside the sink. Drops it. Drags himself to the bedroom. Runs his hand along the top of the dresser. Collects only dust. Sits down on the bed and wonders what his wife would have suggested.