This week’s artwork is by Kyle Hemmings. 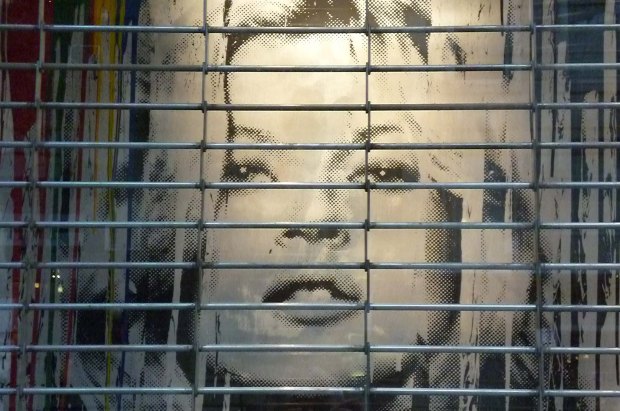 Tired of Jewels
by Justin Willoughby

John’s hands were huge and hard. They were used to fight, to crush, and to feed his dog, Penny, who was almost as mean and ugly as him. She howled all night, that dog, and Tim’s mama would open her window and yell curses and make threats. When John found Penny with a screwdriver through her eyeball, he didn’t make no threats. He howled all night.

I miss the taste of you in the early morning. I miss dangling from the rooftops like turtles flipped over on railroads, staring unsuspectingly at tropical skies. I miss watching the passersby pass by. And the fluteman whistling tunes with notes that curled into the air forming tunnels so black. I miss the way the dandelions lingered years after we breathed them into multiplicity. Coming home is like the moon landing. I plant my flag but all this was never mine. I know my memory will soon be bleached white by lurid winds that don’t understand the meaning of nostalgia.

In The Beginning
by J.G. McClure

In The Beginning the warrior and the dragon are fighting. Rip off one dragonhead and another dragon buds from it. Same goes for warrior heads. Soon the world is one roiling sea of tearing and birth. The gods, horrified, shatter it with lightning—a new world sprouts from each rocky chunk. They argue ethics, and in their rage start blasting one another; more and more gods bloom. Weeping and laughter fill the abyss. The universe grows and breaks and grows and breaks and all is born: love, cigarettes, the post office. The melon we’re eating. The seeds we spit out.

Living in a hole dug sixty feet in the ground, within an endless cavern, gets to you. Not in the, oh well, isn’t that interesting, sort of way… more, nails uselessly clawing stone, you’re going to die and you know it sort of way. “My husband will come for me, you know,” Ethel whispered. He imagined her hands digging into her head, her graying hair being tugged mercilessly, as she said this. Her chains clanked as she readjusted herself. He tried to make his voice sound confident. Reassuring. “I know.” Chains rattled. Numbering the lies they told each other.

At a one-woman show in a downtown gallery, I saw a dozen sculptures of women with Buddha bellies, arms big as thighs, thighs thick as waists. Intrigued, I tracked down the sculptor to see what she looked like. She was completely ordinary, regulation size, and seemed expectant yet annoyed at my curiosity about her. “I know your type,” she said as she shut the door against me. “Get a life!” I stood there for a moment, unsure of what to do. Back at the gallery, I bought her entire catalogue.

I took a walk around the reservation to get in touch with my land. It had been two years since my feet touched the earth. On my way down the road, I saw an old friend and said hello. He told me he’d been dead a week now. When I asked where he was buried he answered he wasn’t.

The Man and the Strangler
by Matthew Konkel