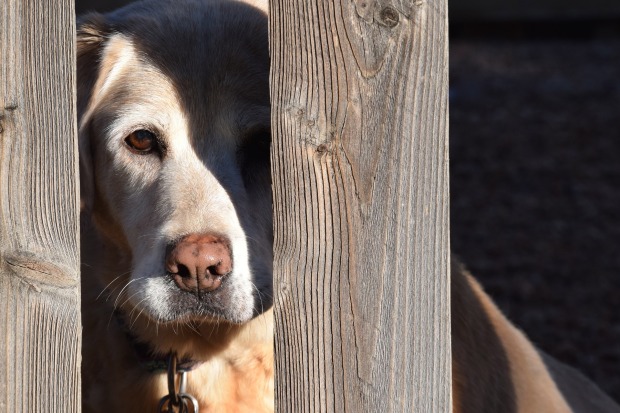 “I named her Bessie!” He says, pointing a small finger.
I don’t tell my son that Bessie is more of a cow’s name than a goat’s. “Pretty,” I say instead. Tufts of their dichromatic winter coats have begun to shed, littering the pen in discarded heaps. Soon my hair will be like that—scattered detritus. Unlike the goats, I will not grow springtime fat. Though I suppose we are both near to slaughter.
But not quite yet.
“Let’s check on the chickens.” I watch his chubby legs carry him away, trusting that Bessie will be there tomorrow.

Cucumber scented curls tickle my lip as my toddler falls asleep in my arms. The corkscrew curls that bounce happily when she runs, and glow chestnut brown in the sun. The ones that compel strangers to comment.
“What beautiful hair!” they say.
We smile. I thank them.
“Too bad it’s a pain in the ass to manage.”
She doesn’t understand, so she keeps smiling. She brings that smile home; the one that goes all the way up to her eyes.
One day she’ll understand. That day she’ll bring home tears.
And hair irons.
And straighteners.
She’ll borrow them from me.

A woman named for a dead grandmother crossed her arms across her chest in a conscious attempt to hide her trembling. She thought the birds up in the trees sounded like they were asking, “Hey, you all right?” Most of her communications with the world were strained or superficial. It took a while before she realized that everything she was interested in saying was contained somewhere in a book. Now when she closes her eyes, she can see flowers, fire creatures, viruses leaping from the cracked tarmac. She hesitates to call them visitors. More like chasing pink, she found red.

Terry continued to unwind his kite as it sailed higher and higher against the burnt orange of the sunset. Coltrane, his Lab, had given up chasing after it, choosing instead to trot along the coastline, its paws tracking the sand like musical notes.
That evening Terry would get his weekly phone call from his mother and how she worried about him being single at his age. But she couldn’t see the sunset, the kite drifting toward the violet of dusk, or Coltrane nestling against his calves as he stood there with the sand between his toes.
He was just fine.