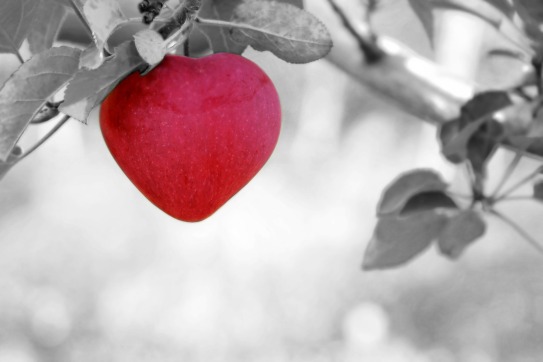 Her skin smelled like cherry blossom and vinegar. I told her to rest against me and be quiet; I am too timid to respond to affectionate sentences. She doesn’t feel loved. Maybe I don’t either. We stay close because our depression needs to bond. I like it when she tells me I look like a woman and have malevolent eyes. One night she hit me. I cradled my cheek, eyes demonic with hurt. “I meant it,” she hissed. Slumping to my knees, I started laughing at the stinging in my heart. No, I didn’t feel admired. But she didn’t either.

The Tunnel of Love
by Esther Smoller

It looked innocuous. Gleaming, mouth wide open. A man in white telling me he loved me. He would stay with me forever, never leave me when the going got rough. The music! Swirling above my head, pitch a little too high. Ponies, poodles, and puppies. He wrapped me tight in his arms. The music grew louder. It wasn’t music anymore. The sound of breaking cement! He dug a grave. Pussycats, poodles, and ponies. The Tunnel of Love became tight. The three Ps were not working. Paralysis, perdition, and petard came in disguise. The music lightened, bearable. He waited for me.

I was on fire after winning the science competition, which may be why, as I was accepting the trophy, it disintegrated in my hands while my synapses short-circuited. Through the haze of my mind, I tried to tell Dad the pics he was snapping of me would be his last. “Dad!” The word burned to cinders before emerging from my charred lips. I extended my arms, which exploded off my shoulders, prompting piercing screams from the audience. Finally, I combusted, and the immense pressure that had been building up within me from the beginning of the competition was released.

Baby Come Back
by Tara Roeder

Dear Katie,
After you left, all of the plants died. Even the cacti. A swarm of ants has made their home in the kitchen. The buttons have fallen off my favorite shirt. Your newfound devotion to the hermit crab sanctuary at the expense of all human interaction remains as puzzling as it is hurtful. I wish you would reconsider. I await your response.
Arthur
P.S. The pots and pans are covered with a strange mildew.

Ian returned from his snowboarding holiday in Canada and decided that one day he would build computers or robots, but right now he was drunk and there was nothing to eat in our flat so he unscrewed the lid from a jar of mayonnaise and starting eating it with a tablespoon. It made me feel sick, but he said it was nothing. In the showers of St. Joseph’s rugby club, one of the guys inserted a finger into his own sphincter and pushed it into Ian’s face. Ian was tough, hungry, and left the kitchen taps running.