Special thanks to Jessica Standifird for her editorial assistance. 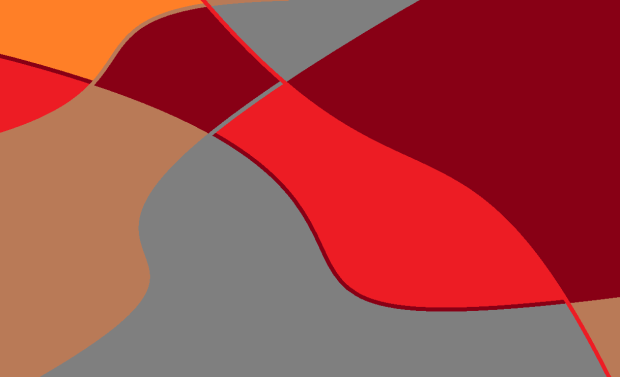 Altercation in the Garden
by Neil Harrison

In the sudden silence, the rich perfumes of roses, peonies, and myriad flowering trees scent the spring breeze. A moment later, the chorus begins again—robin, blue jay, chattering squirrel. On his knees now, on the brick walk lined with daisies, a middle-aged man stares down at the fat drops blooming red between great flowering lilies on the pond, his mirrored image leaning slowly toward the water, the reflection of her face, amazed and puzzled, as she considers her next move.

They sat across from each other at the dining room table, him extolling the virtues of the carefully worded divorce papers, her with a knife, carving a paperback book from his collection. Though he gritted his teeth at her defiling his things, he refused to give her the satisfaction of a reaction. He just kept pointing out who got what property and how the finances would be divided.
“Are you even listening,” he said.
She lifted her head and held up the book, which she had carved into a pistol. She pointed dead center of his forehead. “Bang, bang.”

Easy for a Monday Morning
by Dwayne D. Hayes

You might guess the scrambled eggs would be too runny, toast a bit soggy, bacon burnt, or the coffee too strong. But no. Everything was fine, if not perfect. No complaints. He glanced around the cafe. Two teenage girls at another table stared at iPhones. A couple sat silently sipping coffee. Several older men congregated at the counter, arguing over last night’s ballgame. All normal. The world was surprisingly normal and everything seemed too easy for everyone—too easy for the judge who’d ended the marriage with few words and the scratch of a pen in the courtroom that morning.

He was only a ghost in the technical sense of the term, in that he was dead and haunting the Earth. Most of the time he thought of himself as a commuter, like countless other souls taking the train in and out of the city each day. He read the paper, preferred window seats, and glared at passengers who spoke too loudly on cell phones. When it was busy, he would always give up his seat for an older passenger, and when it was especially crowded, he would melt into the walls.

The Expedition
by Joey To

“I could use a hamburger,” muttered Kate. Like her nineteen colleagues, she was soaked. And tired. The rain was a barrage of cold punches.
Tom sighed. “Yeah, don’t we wish.” He gazed at the cliff wall ahead and pointed. “Look, a cave. Let’s camp there.”
The team rushed into the black hollow.
“Someone get a fire going,” yelled Kate as a deep growl reverbed through the walls. It didn’t sound familiar.
All heads turned. Eyes squinted. Rifle safeties were released. Silence… then a quadrupedal giant emerged from the depths.
Tom gasped. “We’ve found it! It’s real!”
And it tasted awesome.