Special thanks to Marc Corbier and Jessica Standifird for their editorial assistance. This week’s artwork is by Sarah Kayss. 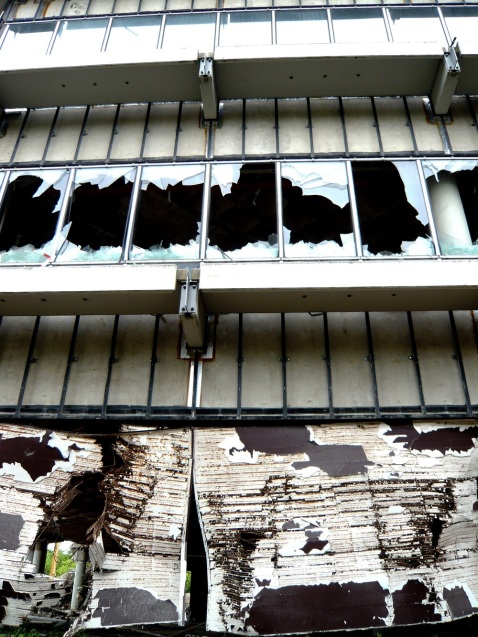 The old house, standing naked and empty against the world, blank staring windows that cannot see. The door has locked out life. Flowers and shrubs growing and blooming, but for who? My youth peeled and blown away, only remembered as echoes. I had to cry today, standing in the deserted driveway. I am left bleeding and wounded. Through blurry eyes I try to see the old place in its former glory but it is small now. Time won out on its endless pursuit of the future.

I never had a rocky relationship in my teen years, but I did have a summer job at the mall. I got paid minimum wage. You got paid in whatever weird version of sex teenagers were doing. I stopped finding customers interesting. You stopped finding them interesting. And together we both drove home in separate cars listening to punk rock; me just having let out the last show, and you just having sat through it alone. The only difference is now I don’t like the taste of popcorn and you don’t like the name Alex.

If there was a time he wished he had never met that girl, it was now. That girl who haunted his dreams, she danced in his thoughts for him as if she owned his consciousness. So close sometimes, he could smell lilac. The summer dress she wore teased relentlessly; twisting elegantly, eerily silent. Dylan squeezed his eyes shut to envision her face, but it eluded him.
“She has green eyes, green eyes, green as emeralds. Emeralds.”
She gave one final twirl as she reached the very edge of Dylan’s imagination; a faint blue flash, then complete darkness.

A Better Plan
by Diana Kirk

When I was thirteen my mother kept a gun in her bedside drawer. Tears dropped on my arms as I held it, heavy in my hands, loaded with six bullets. The decision would be final. I at least felt that. I had to pull the hammer back but couldn’t decide where I should be found. Why hadn’t I thought this through? Her keys jangled at the door and I panicked, dropping it back in the drawer. It would be there tomorrow. When I’d have a better plan.

I got off the sky train at the Omega sector. I looked around at the bleak planet and with a shudder pulled my trench tighter. The rain was ceaseless as I made my way to my new home. I walked around the green space for some time before I found my place. My name was carved in the stone, and I felt a tear mix with the rain on my face. I followed the instructions and laid down on the grass. My body sank into a casket. It has been hours, and I fear I did something wrong. I exist.